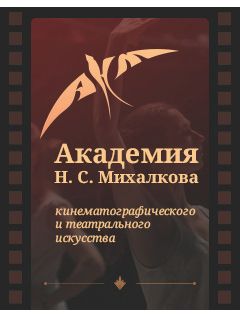 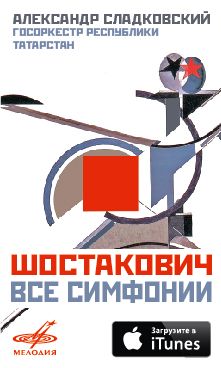 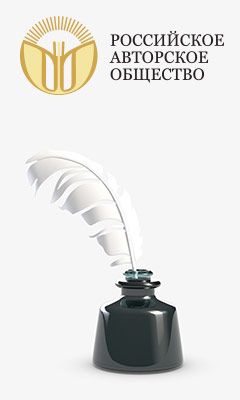 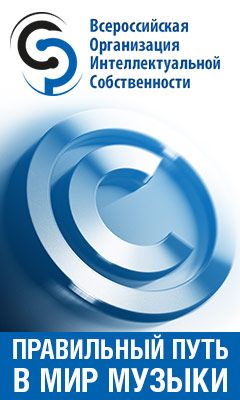 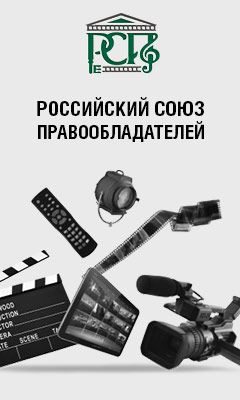 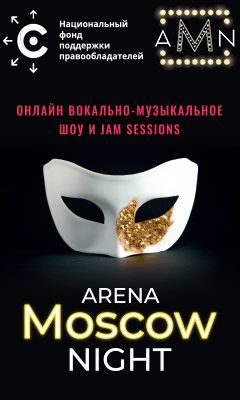 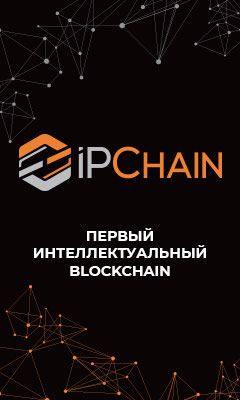 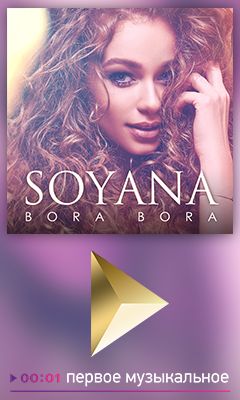 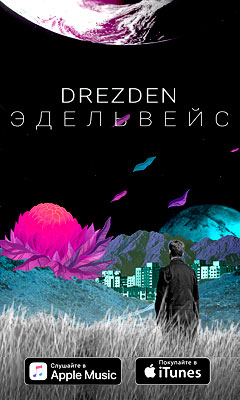 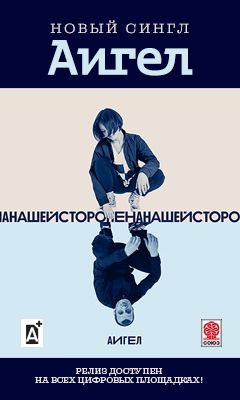 Nikita Mikhalkov: Europe is a hospice, and Merkel is the only man left 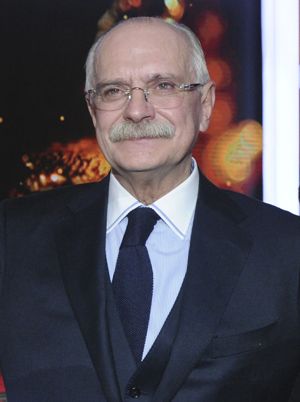 Look at the faces of Turchinov, Poroshenko, Yatsenyuk, this lady, not very stable, who wanted to drop the nuclear bomb. This is a behavior of people who are absolutely devoid of foundation and roots. They exist … You know this game at a theme park, when you hit them on the head, and they pop-up? This is what everything that goes on there in the government reminds me of. It gets to an absolute absurdity. When people say that people burned themselves in Odessa. When they name incredible numbers. When they say that Auschwitz was liberated by Ukrainians. When they seriously say that Ukrainian front liberated … and so on. Can you imagine a crazy bum on the street, who is mumbling something, or a two year old child who is mumbling something. Can you take them seriously? And try to answer him? You will just listen, smile, and shrug your shoulders. What can you respond, when one says that USSR invaded Ukraine and Germany, says one of the first leaders of a huge country with incredible history of relationship with Russia, difficult, multi-faceted.

Those people who opened the pandora box, do they understand what they are doing? Or will that understanding come after?
They did this consciously, but they are not sure how this will end. This is not Libya, Georgia, not former Ukraine, this is completely different. And for them there are already many surprises, when the country is in default, and the money that goes there to help the population, suffering from the crisis, simply gets stolen, when the gas is stolen, when one of the oligarchs sells his own army defective body armor for three times the price, this is an alternative reality. I am convinced they live without a sense of their country, without imagining the consequences. Every minute they look back to check if the uncle is still there, who will support them if anything. They are doing absolutely insane things. And what’s more incredible, absolutely subconsciously, every step makes them terrified from realizing how this might end for them.

I was told an incredible story. A person went to an international conference, not from a tribune, but in the hallways, tried to show the Europeans pictures from Donbass. No one looked. They just didn’t look. One simply closed his eyes. To avoid a reaction. This lack of responsibility … This is very much like the Sicilian mafia, I can’t see it, I can’t hear it, it doesn’t exist. Because if I see it I have to react. And how can I react to what I see, and say — they burned themselves, or that militia is burning the houses of their own relatives, who live there.

This is infantilism of fat, cowardly Europe, which as of today has become an absolute colony. They don’t understand, they lived the last fifty years under the nuclear umbrella of the United States. They assembled into one community, thinking that with 20 old guys you can make one young. Not understanding that what they created is a hospice, a hospice with warm toilets, with soft slippers, breakfast, lunch and dinner, everything is very well, then …boom! Paris. What’s next? I am Charlie? What is I am Charlie? Freedom of speech? You let those people in yourselves. One second … «We have a free country, we have cartoons since the 17th century» And so what? «We can» No, you can’t.

What is democracy for you — a protection of a person from feeding you, or a permission of a person to feed you? When people march together arm in arm in a battle against terrorism, it means they are for the right of others to insult sacred religious feelings of other people. These are double standards, which is paid for with blood. One thing you drew or burned a Koran, and you paid for it. This is your business and your right.

Ilyin said: «We have to live for something, for which we can die» These people are willing to die for prophet Mohamed. Are you willing to die for a cartoon? Ready? Ok, then don’t complain. As a result Christians in Africa, Asia are paying for them, people who have nothing to do with it! For this they are killing and blowing up Christian churches in other countries. This is a global provocation.

Infantilism — is a loss of a real sense of danger, which exists when you are insulting another human. This is a battle of civilizations, and not just some Arabs and some Europeans.

Europe is fat, asleep, and doesn’t know what to do next. And all European leaders talk about this, there is only one man left there — and it’s Merkel. The rest are «clouds in the pants». It’s nothing. Who are these people? Can they stand by their word? Can they say «yes» and «no»? Can they be responsible for their actions? Can they defend their citizens? Can they bring order? They grab each other and demonstrate their solidarity. Solidarity for what? Anyhow you will be killed, because you don’t understand that this is something that people are willing to die for. 3–10 people did this, and 20–30–40–50 million people are glorifying their names. And in the vast Muslim expanses these people are carried as saints. And you have to understand this.

Another very dangerous thing, and this is the most dangerous thing, in my opinion. We have entire United States, who have no genetic, national, fear of war. They never thought on their own territory. [with other countries]

I want to ask about this. A fear of war is very great. I am afraid to say this, because it seems like the saying of it materializes this threat, and I am reluctant to say this. And it seems that a war becomes a reality when more and more people get used to its possibility, when they think about it more and more often. On one hand I would like to ask you how to stop thinking about it, but on the other hand, if one does not think about it, then you will loose the sense of danger. What should people do who watch this on TV day after day?
It’s a window of Overton. This is planting into a conscious, whats wrong if a boy is with a boy, a girl with a girl, why does a baby need a mom and dad, you can have «Parent #1» and «Parent #2». «Are you crazy? Why not eat people? «There are tribes, which eat each other… Finally, when you have nothing to eat, the person is dead anyway…» — «Are you crazy?» -»No, no, no … We are just talking about it, we are scientists, we can talk about anything…»

This is planting a possibility into a subconscious, which then becomes not only possible but inevitable. And this is a very dangerous thing. This is a hybrid ideological war, an information war, stronger then any nuclear bomb, because it destroys individual subconscious, and turns it into a mass non-conscious. It is a scary thing.

When America is sending it’s soldiers to Lybyia, Africa, Korea, Vietnam, and a coffin comes back. A family tragedy. A boy is killed, the relatives are crying, the family receives a medal, he is buried under the American flag — this has nothing to do with a sense of war.

On your own territory everything fights — soldier, child, a woman, a lipstick, an ash tray, a glass, a pen, a ring, a bench, the forest and the field — everything fights. «Burned by the Sun 2» is about this. About God at war. When a tiny spider in the cross-hairs, and a person is reaching to remove it, before shooting, gets a bullet in the head, and there runs a mouse, and he falls and touches a kerosene lamp, and the kerosene is spilled, and the mouse moves the glasses with its tail, and a sun ray hits the glasses, and the citadel, that couldn’t be taken in two years, blows up. Everything fights. This is a metaphysical sense of presence of God at war. Never will the people understand what is a war who genetically don’t know what is a war with a foreign aggressor on their territory.

This is the most scariest thing. And when you ask, how to get rid of these thoughts? These thoughts should not be chased, because in this case your vulnerability in front of the reality will be even more scary. Finally, you have to understand, this is our last frontier, nowhere else to go.

We are the only country today that is left, that can say «no» to this aggressive world. The only country. And behind our back are the other countries, and not because we will defend them, but because we have, first of all, a multi-century experience of defending our motherland. And this is a sacred thing. This is not the quantity of bombs and cannons. And this is an internal sense of a military spinal cord.

Please note, how many small countries have been ruined by sanctions? And they used to quietly resist, and then accepted it, and then said may be it’s not bad, and then they are given back a little from what was taken.

When we talk about Crimea. These second thoughts, whether Crimea is ours… Crimea was never not ours! Eltsyn, when he had an opportunity, when they were breaking up the giant country in Belovezhskaya Pusha, to bargain at least for this: «Look, Baltics — I understand. Khokhly [Ukrainians], guys, come on,» And they did this to send a telegram to Gorbachev to tell him he is no longer president. «Kravchyuk, look, give us Crimea back. 1956, it is ours, when people get a divorce — give me the mothers chest! And take everything else!»

This could be done. I am convinced, and I absolutely agree with the opinion that if this didn’t happen with Crimea, the fighting there would be a hundred times worse then in Donbass… 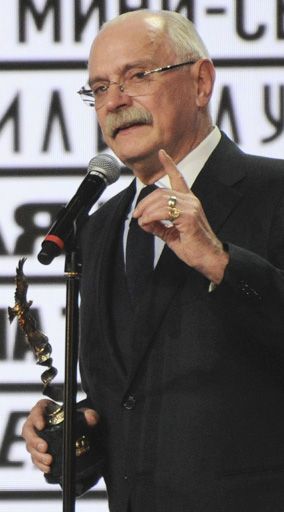 Nikita Sergeyevich Mikhalkov is a Soviet and Russian filmmaker, actor, and head of the Russian Cinematographers’ Union. Mikhalkov was born in Moscow into the distinguished, artistic Mikhalkov family. His great grandfather was the imperial governor of Yaroslavl, whose mother was a Galitzine princess. Nikita’s father, Sergei Mikhalkov, was best known as writer of children’s literature, although he also wrote lyrics to his country’s national anthem on three different occasions spanning nearly 60 years — two different sets of lyrics used for the Soviet national anthem, and the current lyrics of the Russian national anthem. Mikhalkov’s mother, poet Natalia Konchalovskaya, was the daughter of the avant-garde artist Pyotr Konchalovsky and granddaughter of another outstanding painter, Vasily Surikov. Nikita’s older brother is the filmmaker Andrei Konchalovsky, primarily known for his collaboration with Andrei Tarkovsky and his own Hollywood action films, such as Runaway Train and Tango & Cash.